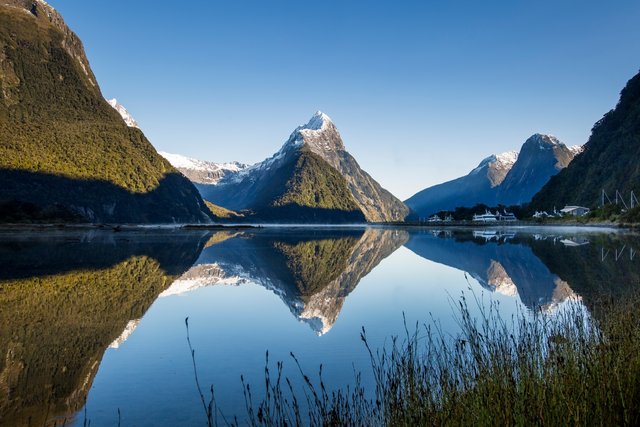 Located in the Fiordland region, in the southern part of the South Island in New Zealand, it represents the largest and wildest national park in the country so much so that in 1990, the area that includes the Westland National Park, Aoraki (Mount Cook), Mount Spring and precisely the Fiordland National Park, was declared a World Heritage Site ‘Humanity by UNESCO with the name of “TE WAHIPOUNAMU” .

The park was baptized by the Maori ATA WHENUA, or “LAND OF SHADOW” as very few times the sun manages to cross the thick clouds that dominate its valleys; Fiordland is in fact one of the places on the planet with the highest rate of rainfall, so much so that in just one year it reaches more than 10,000 millimeters. Here, thanks to the abundant rains, you can walk paths inside a luxuriant forest where trees of all sizes and gigantic ferns will accompany every visitor; along the coast it is also possible to admire numerous glaciers, splendid lakes, the Sutherland falls and the Browne falls which represent two of the largest waterfalls in the world, and finally some of the most beautiful fjords in New Zealand including the most famous and visited Milford Sound.

What to see: Milford Sound
it is believed that the discovery of this fjord is to be attributed to the Maori who a thousand years ago periodically visited this area which they called Pio Pio Tahi in reference to the Pio Pio, a native bird of these areas which has long been extinct. The jewel in the crown of Milford Sound is definitely Miter Peak , a 1692 meter high mountain actually made up of five individual mountains overlapping each other.